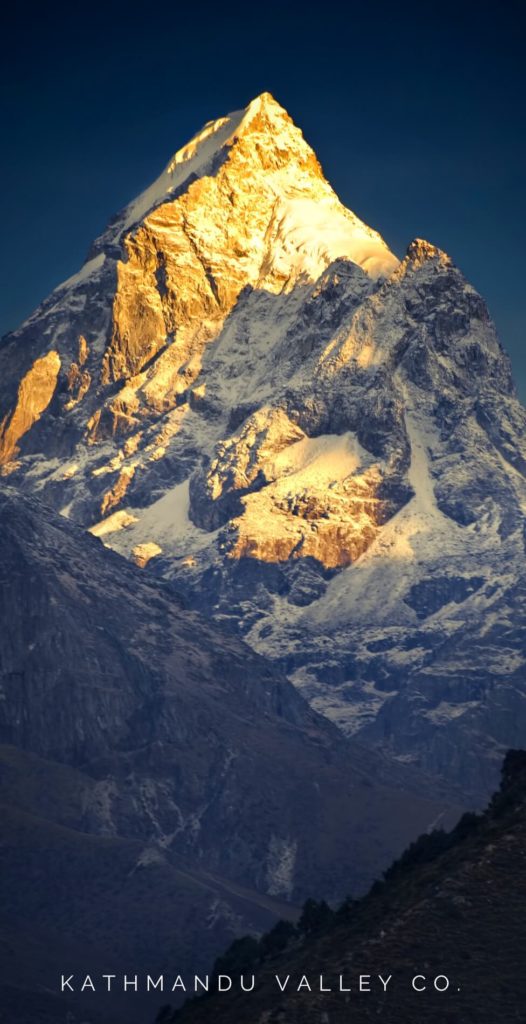 “Local legends have that a Hindu sage named ‘Ne’ established himself in the valley of Kathmandu in prehistoric times and that the word ‘Nepal’ came into existence as the place was protected (‘pala’ in Pali) by the sage ‘Nemi’. It is mentioned in Vedic texts that this region was called Nepal centuries ago. According to the Skanda Purana, a rishi called ‘Nemi’ used to live in the Himalayas. In the Pashupati Purana, he is mentioned as a saint and a protector. He is said to have practised meditation at the Bagmati and Kesavati rivers and to have taught there.

“The name of the country is also identical in origin to the name of the Newar people. The terms ‘Nepāl’, ‘Newār’, ‘Newāl’ and ‘Nepār’ are phonetically different forms of the same word, and instances of the various forms appear in texts in different times in history.” (Source: Wikipedia, Nepal)