Breathtaking Views of the Himalayas

The talented folks at Teton Gravity have put together a truly stunning video of some of the Himalayas most iconic peaks.

The Video starts off in Kathmandu, Nepal and then traverses the Himalayas. How did they film these amazing shots? They state:

Filmed from a helicopter with a crew flying from Kathmandu at 4,600 ft. up to 24,000 ft. on supplemental oxygen, these are some of the most stable, crisp, clear aerial shots of these mountains ever released, which include Mt. Everest, Ama Dablam, and Lhotse.

Spectacular shots close to the peaks of these humbling mountains. 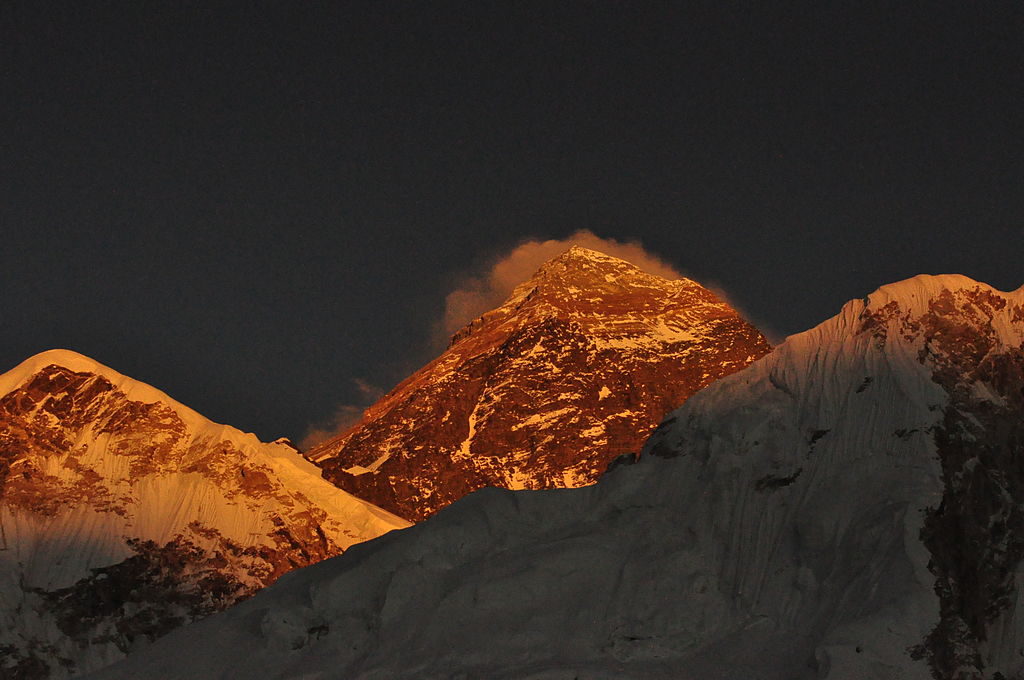 The First Person to put Two Feet on Mount Everest

Before being called Mount Everest, the peak was designated Peak XV, as survey crews determined it’s height. Andrew Waugh, the British Surveyor General of India, eventually gave the Mountain its name, but is also credited with something unique:

Why is it Called Mount Everest:

Waugh argued that because there were many local names, it would be difficult to favour one name over all others, so he decided that Peak XV should be named after Welsh surveyor Sir George Everest, his predecessor as Surveyor General of India. Everest himself opposed the name suggested by Waugh and told the Royal Geographical Society in 1857 that “Everest” could not be written in Hindi nor pronounced by “the native of India”. Waugh’s proposed name prevailed despite the objections, and in 1865, the Royal Geographical Society officially adopted Mount Everest as the name for the highest mountain in the world.

In the early 1960s, the Nepalese government coined a Nepali name for Mount Everest, Sagarmāthā or Sagar-Matha. (Wikipedia: Mount Everest) 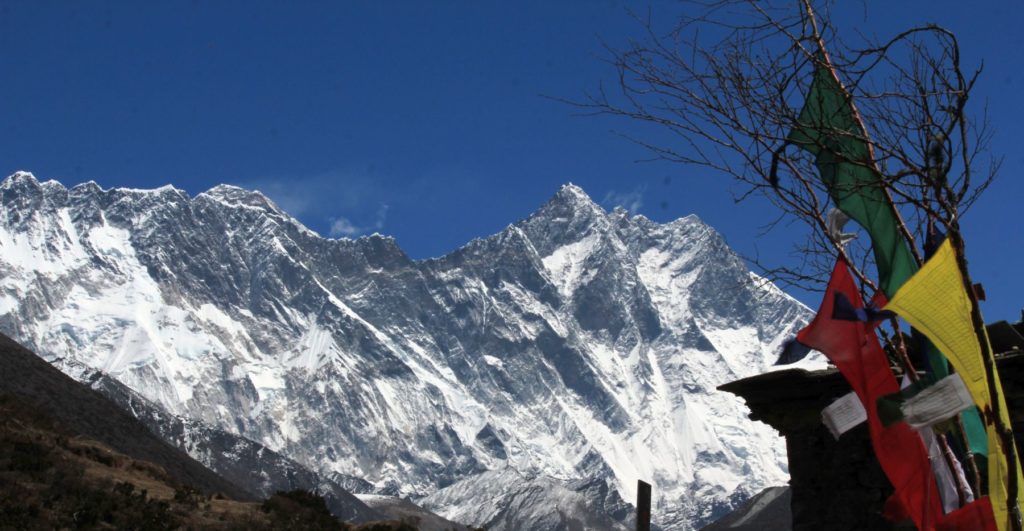 Lhotse means “South Peak” and is the fourth highest mountain in the world.

Lhotse stands at 8,516 metres (27,940 ft) above sea level. Lhotse’s parent is mountain is Mt. Everest. What a good parent it is to have raised such a fine mountain peak. 🙂 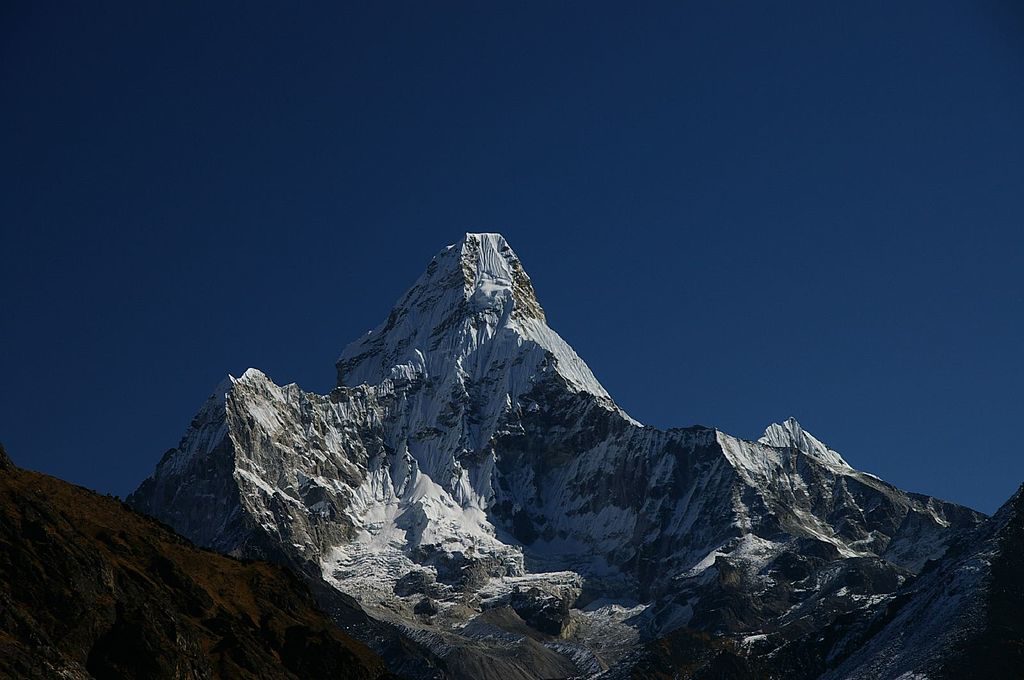 Ama Dablam means “Mother’s necklace”; the long ridges on each side like the arms of a mother (ama) protecting her child, and the hanging glacier thought of as the dablam, the traditional double-pendant containing pictures of the gods, worn by Sherpa women. For several days, Ama Dablam dominates the eastern sky for anyone trekking to Mount Everest basecamp. (Wikipedia: Ama Dablam) 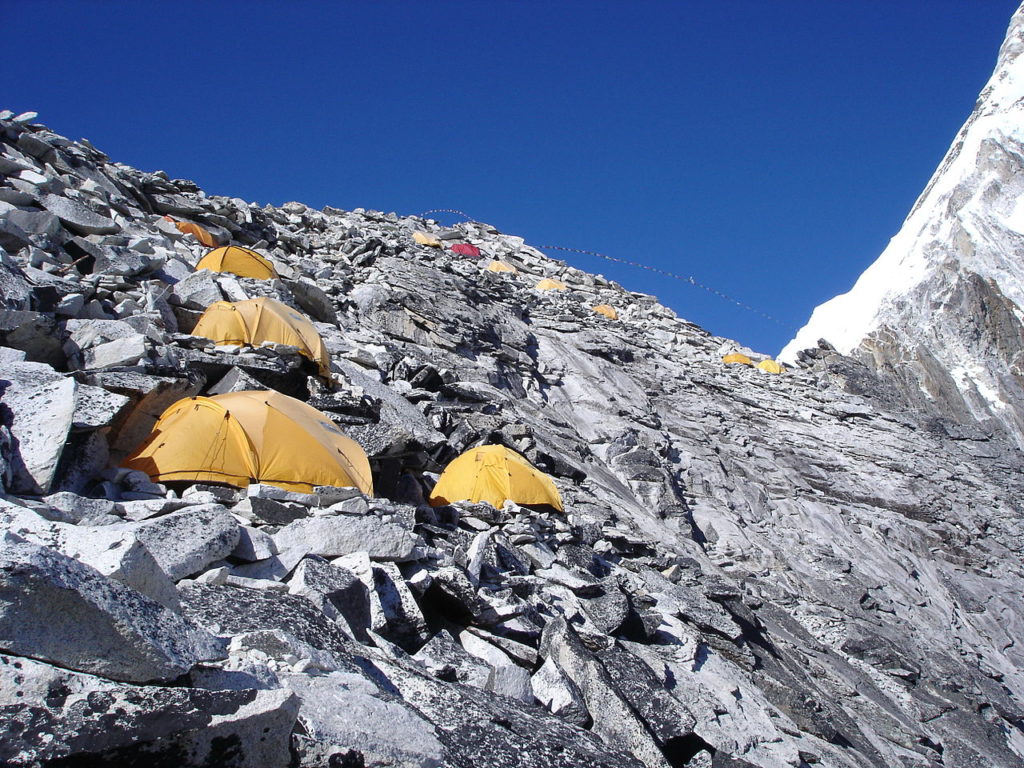 The Himalayas of Nepal

The Himalayas is where the paper for our journals is grown, made from cuttings of the Lokta bush. The bushes don’t grow as high as these majestic peaks (not much does), but Lokta bushes do grow at high altitudes between 5,250 and 13,000 feet.

The inner strips of the Lokta bush’s fibrous bark are cooked into a mash and then spread by hand across boxed screens and set to dry in the Himalayan sun. This process creates the fabric-like lokta paper and dates back more than 1,000 years in Nepal.

Go enjoy and explore the wonders of the earth, who knows, maybe someday you’ll produce a video like the one above. All it needs now is an Everest Explorer Journal.